Sir Philip Pullman is the author of the His Dark Materials and The Book of Dust series with the subsequent companion books: Lyra's Oxford, Once Upon a Time in the North and The Collectors as well as a producer of the BBC TV series adaptation of His Dark Materials.

Philip Pullman was born 19 October, 1946 in Norwich[2] (Norfolk, England) to Alfred Outram (an RAF pilot) and Audrey Evelyn Merrifield. With Alfred's transferable job, the family moved from place to place including to Southern Rhodesia (now Zimbabwe). His schooling began in Rhodesia. When Pullman was hardly seven, his father was killed in an accident in 1953. His mother's remarriage brought him to Australia where he discovered the world of comic books, a medium which he liked. From 1957 onwards, he was educated at Ysgol Ardudwy School in Harlech (Gwynedd), and spent time in Norfolk with his grandfather, a clergyman. He discovered Milton's Paradise Lost around this time - the book became a major influence for His Dark Materials. From 1963 Pullman attended Exeter College, Oxford, receiving a Third class BA in 1968. As regards receiving a Third Class, he once stated[3]:

Around 1970 he discovered William Blake's illustrations that would greatly influence him in future years. In 1970, Pullman married Judith Speller and began teaching children and writing school plays. The Haunted Storm was his first published work. The book brought him a join-win of the New English Library's Young Writer's Award in 1972. His other books of the period include Galatea (1978) and Count Karlstein (1982).

During the period 1988 and 1996, Pullman taught part-time at Westminster College, Oxford. He began writing the trilogy, His Dark Materials in 1993. The first novel of the trilogy, Northern Lights (titled as The Golden Compass in the US) was published in 1996. The novel won the Carnegie Medal, one of the most prestigious British children's fiction awards, and the Guardian Children's Fiction Award. The success of his first novel launched Pullman as a full-time writer. He also delivers talks and writes occasionally for The Guardian.

Pullman made the New Year's Honours list in 2019 for his contributions to Literature.[4] He commented that he was surprised to be given the honour. 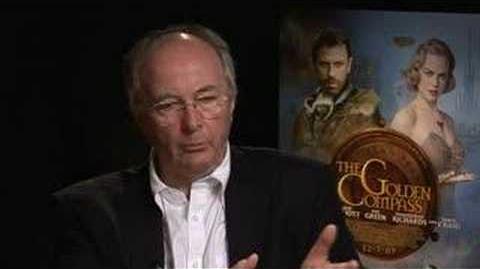 Golden Compass Author on the Nature and Meaning of Dust 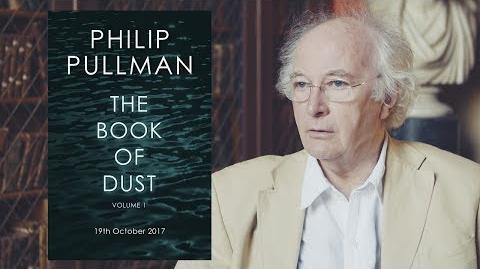 Philip Pullman talks about The Book of Dust

Phillip Pullman launches The Secret Commonwealth The Book of Dust vol.2
Add a photo to this gallery

Full texts of major influences on His Dark MaterialsEdit

Some of Pullman's other book recommendationsEdit

About Philip Pullman and His Dark Materials:

Retrieved from "https://hisdarkmaterials.fandom.com/wiki/Philip_Pullman?oldid=30632"
Community content is available under CC-BY-SA unless otherwise noted.