Start a Wiki
This article is about the canoe owned by Malcolm Polstead. You may be looking for the first novel in The Book of Dust trilogy, the play adapted from the book or the pub that the canoe was named after.

La Belle Sauvage was the name of a canoe owned by Malcolm Polstead, and lent to Lord Asriel. Three times, one child painted over the 'v' in Sauvage and added an 's' thus creating the word sausage. Malcolm, eventually catching the fool who did it, pushed him into the Oxford Canal before they declared a truce.[1] It was covered in tarpaulin made of coal-silk.[2] 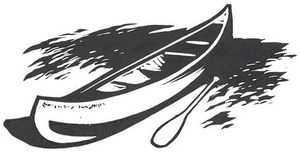 Malcolm gave the boat to Lord Asriel to escape from his enemies. Asriel got Coram van Texel to give it back. He had the boat redecorated and added the tarpaulin cover as a thank you.[2]

During the flood of 1986, La Belle Sauvage carried Malcolm, Alice Parslow and Lyra Belacqua down the River Thames. It was eventually destroyed by Asriel's powerboat when he rescued them from the flood.[3]

This article is a stub. You can help His Dark Materials by expanding it or starting a discussion on the talk page.
Retrieved from "https://hisdarkmaterials.fandom.com/wiki/La_Belle_Sauvage_(canoe)?oldid=28679"
Community content is available under CC-BY-SA unless otherwise noted.