Start a Wiki
This article is about the first novel in The Book of Dust trilogy. You may be looking for the canoe owned by Malcolm Polstead, the pub it was named after or the play adapted from the book.
Template:LBS Spoiler

La Belle Sauvage is the first book in The Book of Dust trilogy.[2] It was published 22 years after Northern Lights was first released and 17 years after The Amber Spyglass, on 19 October 2017. Michael Sheen narrated the audiobook.

It features characters from the original series, as well as new ones. There is overlap with certain elements of His Dark Materials, notably dæmons, alethiometers and the Magisterium.[3] The book reached number one in Amazon's bestseller charts very soon after it became available for pre-order.[4]

The story also involves "an ordinary boy who eagle-eyed readers may have spotted in Lyra’s story before" - revealed to be Malcolm Polstead, who appeared in Lyra's Oxford - and explore the themes of "the struggle between a despotic and totalitarian organisation that wants to stifle speculation and enquiry, and those who believe that thought and speech should be free" are thought to be pertinent to the political climate of its release.[3]

Malcolm is an ordinary boy who helps out at his parent's pub, The Trout Inn. He helps out at the priory opposite and spends his free time riding on the river in his canoe. Malcolm made friends with Hannah Relf who teaches him about Oakley Street and asks him to report the goings-on in the area in return for books from her collection.

Malcolm soon catches wind of a baby, by the name of Lyra Belacqua, being kept at the priory and is immediately drawn to her. During the floods, Malcolm and Alice Parslow, a worker at the inn, travel in his canoe with Lyra, making sure she is safe. They travel through the county, seeking shelter until the water subsides and making sure Lyra is safe from those trying to catch her.

During previous months, the League of St Alexander had been recruiting children from Ulvercote Elementary School, Malcolm's school, and other places in Winchester to report anything that was suspicious. When Malcolm and Alice turned up at a shelter where George and Audrey Boatwright are staying with a baby, Andrew Whicher reports it immediately to the authorities. The baby is captured and Malcolm and Alice go looking for her.

After rescuing her, Malcolm and Alice seek refuge and go to the address of Lord Asriel, which Malcolm got after helping him to see his daughter, the baby Lyra. There, Lord Asriel takes the children to Jordan College, giving Lyra scholastic sanctuary and allowing Malcolm to fulfil his dream of becoming a scholar.

New paperback editions of La Belle Sauvage include 25 full-page illustrations (one for each chapter) by Chris Wormell as well as an exclusive interview with Pullman about writing the book.[5]

La Belle Sauvage has been adapted by Bryony Lavery into a play which Nicholas Hytner (who directed the original play) will direct at the Bridge Theatre in October or November 2020.[6] 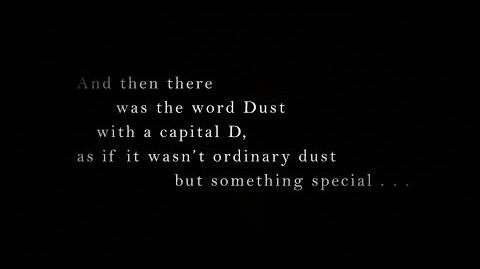 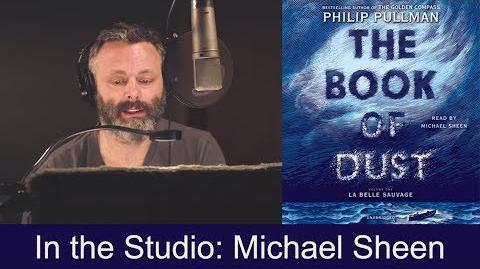 Retrieved from "https://hisdarkmaterials.fandom.com/wiki/La_Belle_Sauvage?oldid=26805"
Community content is available under CC-BY-SA unless otherwise noted.