Start a Wiki
Intercision was the process by which a human was separated from their dæmon. The severe trauma this caused usually precipitated death for that person, but, with certain techniques and precautions, it was possible for someone whose dæmon had been cut away to remain alive.

Intercision could be accomplished through a number of techniques, varying in their degrees of complexity. 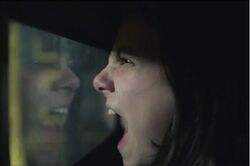 The oldest and simplest process of separation was accomplished by tearing the human and the dæmon away from each other. Dæmons instinctively remained close to their human counterparts at all times to reduce the likeliness of accidental separation. The further apart the human and the dæmon were, the sharper a sense of extreme anguish, pain, and longing became. If they were separated far enough, the connection between them could be permanently severed, making them separate entities.

This process was pioneered and frequently used by both the Tartars and African tribes, in their creation of Zombis.

The Maystadt Process was a method developed by the Magisterium as part of their research into developing more efficient intercision techniques. It was performed by the use of a Maystadt anbaric scalpel to physically cut the connection between human and dæmon. Its invention was based on Lord Asriel's discovery that manganese-titanium alloy had the property as serving as an insulator to the connection between human and dæmon. When a manganese-titanium knife like Maystadt's scalpel was cut between the two entities, it severed this connection, accomplishing the same as tearing the two apart but with far less trauma for the victims as well as the one performing the intercision.

The Silver Guillotine was a device developed by the Church's General Oblation Board, under the supervision of Marisa Coulter, and served as a successor to the Maystadt Process. It was composed of a manganese-titanium alloy blade, the same material that made up the subtle knife[1], mounted onto a sliding guillotine frame. It used the same general principles as the Maystadt Process, but with even less stress for those involved- instead of physically sawing at the space between human and dæmon, a doctor would only need to press a release for the guillotine and accomplish intercision instantly. This development effectively eliminated the trauma associated with older methods of intercision.[2] 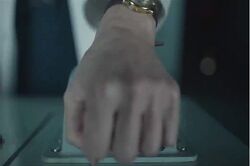 As dæmons were the physical forms of humans' souls, the separation from their humans would leave humans soulless and extract any real meaning from their lives. Characteristics like creativity and ambition were reduced to minimal levels. They also wouldn't go to the world of the dead. The humans wouldn't be able to tell a story anymore.

In Northern Lights, Lord Asriel makes clear analogies to sexual genital mutilation such as circumcision of boys and girls and castration as being similar to intercision. In The Subtle Knife, the witch Ruta Skadi says:

" ... There are churches there, believe me, that cut their children too, as the people of Bolvangar did — not in the same way, but just as horribly. They cut their sexual organs, yes, both boys and girls; they cut them with knives so that they shan’t feel. That is what the church does, and every church is the same: control, destroy, obliterate every good feeling. ... "
—Ruta Skadi[src]

In addition to castration and circumcision, intercision is also remarkably similar to lobotomy, an early psychosurgical procedure that involved severing the prefrontal cortex from the rest of the brain to produce effects akin to those of intercision.

Tony Makarios and his dæmon, Ratter, who were severed in Bolvangar and found by Lyra. He later died in his sleep.[3]

Roger Parslow and his dæmon, Salcilia. He was severed from his dæmon by Lord Asriel, who used the energy to build his bridge between the worlds.

Hugh MacPhail severed himself from his lizard dæmon to power the bomb which attempted to use Lyra's hair to kill her in another universe. Originally, he had intended for Marisa Coulter and her dæmon to be severed for this objective, as punishment for not giving him Lyra when she had the chance, but when she escaped he sacrificed himself in an act he considered to be martyrdom.

Retrieved from "https://hisdarkmaterials.fandom.com/wiki/Intercision?oldid=30926"
Community content is available under CC-BY-SA unless otherwise noted.