His Dark Materials is a fantasy series by Philip Pullman, consisting of a trilogy of novels and three companion books. The trilogy has also been published as a single-volume omnibus in the United Kingdom and North America, titled His Dark Materials.

The series is a coming-of-age story which follows Lyra Silvertongue, previously known as Lyra Belacqua, and later Will Parry as they travel between the worlds of the multiverse. Fantasy elements in the story include witches, panserbjørne and mulefa.

The following is a list of the books in the original series:

The Book of Dust[]

The follow-up trilogy to His Dark Materials, The Book of Dust, is currently being written:

The books of the original trilogy have been released as unabridged audiobooks, read by Philip Pullman with a cast providing the voices for the characters, this was repeated for Lyra's Oxford and Once Upon a Time in the North. The Collectors - an audiobook original - was narrated by Bill Nighy, whereas Serpentine will be narrated by Olivia Colman. The Book of Dust trilogy were all narrated by Michael Sheen.

The trilogy was adapted as a radio play and broadcast on BBC Radio 4 in 2003. It starred Terence Stamp as Lord Asriel and Lulu Popplewell as Lyra. The drama is now published by the BBC on CD. In the same year, a radio drama of Northern Lights was made by RTÉ (Irish public radio).

A theatrical adaptation of the trilogy was written by Nicholas Wright. The play is published by Nick Hern Books. The original production was performed at London's Royal National Theatre, running from December 2003 to March 2004. The play was revived in 2004 with a revised script, running from November 2004 to April 2005.

La Belle Sauvage has been adapted by Bryony Lavery into a play which Nicholas Hytner (who directed the original play) will direct at the Bridge Theatre in October or November 2020.[1]

The first book in the trilogy was adapted for film under the title The Golden Compass. The film was directed by Chris Weitz and had a mixed reception, and though worldwide sales were strong, its U.S. earnings were not as high as the studio had hoped.

The filmmakers obscured the explicitly Biblical character of the Authority to avoid offending viewers. Weitz declared that he would not do the same for the planned sequels. "Whereas The Golden Compass had to be introduced to the public carefully", he said, "the religious themes in the second and third books can't be minimised without destroying the spirit of these books. ...I will not be involved with any 'watering down' of books two and three, since what I have been working towards the whole time in the first film is to be able to deliver on the second and third". In May 2006, Pullman said of a version of the script that "all the important scenes are there and will have their full value"; in March 2008, he said of the finished film that "a lot of things about it were good.... Nothing can bring out all that's in the book. There are always compromises."

The film ran into trouble with the Catholic League, whose leader, William Donohue, called for Catholics to boycott it, lest young viewers might read the books, which, they claimed, denigrated Christianity and promoted atheism for children.

Whilst Sam Elliott blamed this opposition for forcing the cancellation of any adaptations of the rest of the trilogy, The Guardian's film critic Stuart Heritage believed poor reviews may have been the real reason. Plus, Dakota Blue Richards is now an adult and Daniel Craig is many times more expensive since he became James Bond in 2006.

As part of making up for the failed The Golden Compass film, the trilogy is currently being adapted into a BBC television adaptation starring Dafne Keen, James McAvoy, Ruth Wilson, Lin-Manuel Miranda and Amir Wilson. Series 1 was released in 2019, Series 2 will be broadcast in 2020, and future series are waiting to be announced.

The graphic novel for Northern Lights was originally planned to be released in three parts. In 2015, the first instalment of these sections was released with the second being published in 2016. A full omnibus was later released in 2017. Since, then a novel for The Subtle Knife has been released in French but no English translation has been made.

The Golden Compass paperback cover published May 22nd 2001 by Yearling

The 2015 edition printed for the 20th anniversary of the series

The 2003 edition of The Amber Spyglass

The 2015 edition of the Amber Spyglass, printed for the 20th Anniversary of the series

The Book of Dust[]

Once Upon a Time in the North first edition (2008) cover 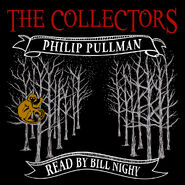